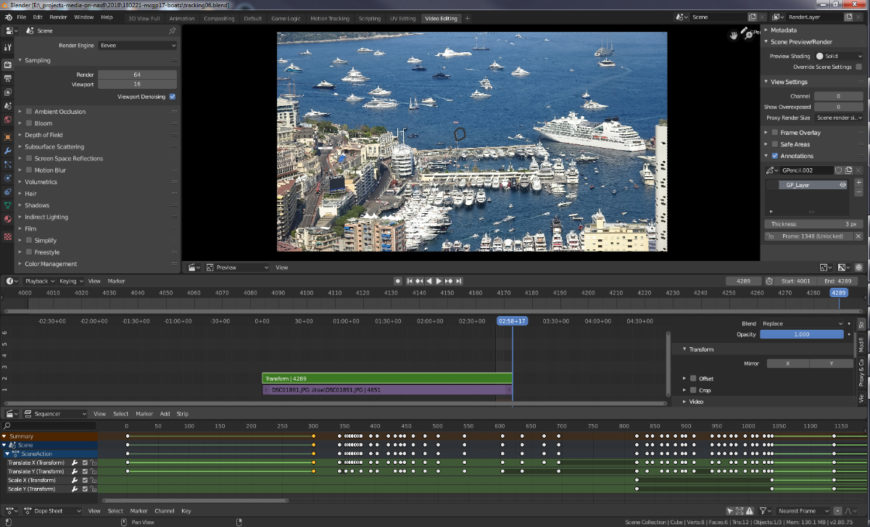 As well at the high speed noisy cars flashing around the streets I find the activity in the harbor during the Monaco Grand Prix to be strangely fascinating. Over the years I have made many Time Lapse movies of the port activity before, during and after the Grand Prix itself. I was never truly happy with them though.

I made the following in 2015, its almost 8 minutes long and covers the entire Grand Prix Sunday from Dawn till Dusk. It was made using a standard cheap IP security camera set to take one photograph every 5 seconds. If you look really closely at the track you can even see the race start at about 4m 11s.

My ideal GP Harbor Time Lapse movie was one that was much more zoomed in to the action with a more dynamic camera. I didn’t have a camera that could do that and I didn’t see how I could move the camera around the action during a Time Lapse.

Two years later I sort of had a plan but no way to implement it. After the Grand Prix in 2017 I setup my Sony AX53 to take one 4k photograph every second of the entire port. This produced 4,289 images which I could then experiment with. My idea was to make a base 4k video then create a virtual HD cropped camera which I could fly around the 4k scene following the action. I could sort of do this with my video editor but it was not really up to animating all the zooms and tracking I had in mind.

Many months later I was working with the video editor in Blender 3D when I remembered about the Grand Prix Time Lapse sequence. Blender can pretty much key frame anything including an HD virtual crop. All that was left to do was find some music and start work. The end result is a one shot 3 minute movie with all the zooms and tracking I had imagined years earlier. Hope you like it.