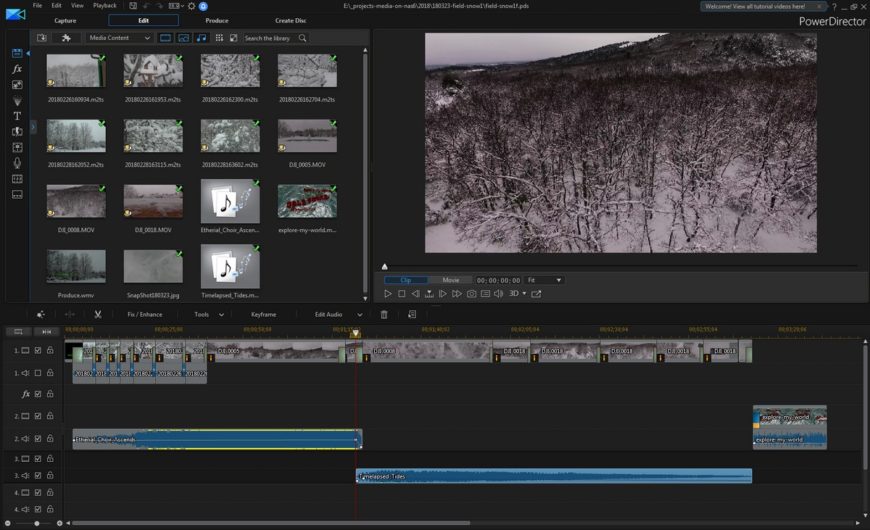 I wrapped up well and wearing snow shoes plodded out into the forest. It was beautiful. I filmed all sorts of shots, some moving and (almost) stationary. Looking back on it now a tripod and better focus pulling would have helped ! Anyhow the ground shots went well and my trusty Sony AX53 did not die when snowed upon !

Once the snow had stopped the aerial work started. I headed back out into the cold this time with my Phantom 3 quad copter. The cloudy day snow in the trees viewed from above was absolutely magnificent. I filmed in colour but it looks monochrome. After flying all over the place I started picking up snow on the camera so I knew it was time to come back down. For fun I landed on a frozen swimming pool. In fact I actually used that sequence as the end of the movie.

Then, as usual, the music had to be chosen. It took quite a while to find. Eventually I found an Etherial Choir and techno which totally matched where my head was. Music done, it was then a matter of cutting the hour or so of action into about 3 minutes. Job done – hope you like it.