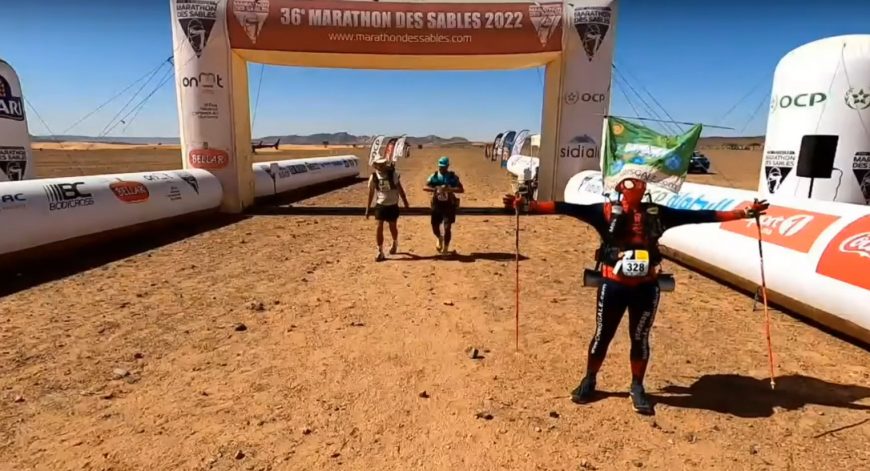 Well that was weird, if not a little depressing. I have spent much of the last year preparing and training for the Marathon des Sables (MDS) foot race in Morocco. Five weeks before the start I picked up a stress fracture in my pelvis and that was the end of that. The MDS is a 7 day race covering 250km in the desert. It’s a really serious undertaking from a both a body and equipment point of view so to break down just before is pretty devastating. Although having said that, a friend of mine had to pull out just days before the start with a medical problem so I could have had it worse.

I did both the Morocco and the Peru MDS in 2017 when I was 60 years old. In the last five years I have done many marathons and Ironmans so I think I have kept reasonably fit. My big question was, of course, at the age of 65 could I still do the MDS? Only one way to find out.

See my Marathon des Sables Stuff blog post which details some of my equipment and experiences.

Having told the family that I wanted to do the MDS in 2022, our 31 year old son, Chris, decided he would like to do it also. Now he is a pretty sporty person so I had full confidence that it was within his capabilities. In the past we have done a few marathons and Ironman triathlons together and in 2021 he had swum the Channel from England to France. This was especially impressive as he was in hospital for 6 months in 2019 being repaired after a very serious motorbike accident. He has also spent a great deal of time in the desert working support for large scale 4×4 races so in a way this was right up his street.

Chris is very big into raising funds for, and awareness of, the genetic disorder called Angelman Syndrome. His channel swim was known as AngelSwim so his MDS adventure became known as AngelRun. For his charity he decided we would run the MDS in fancy dress to ensure more media coverage. After several tests he decided to run dressed as Spiderman.

When we discovered the seriousness of my injury I obviously had to cancel my MDS plans. Chris however was very much raring to go. So, in the end, rather than it being a Father/Son adventure in the desert it became the Son’s adventure with the Father watching on over the internet.

Being home bound I was tasked with administering his AngelRun Facebook page and updating it with his progress. Apart from tracking his location on the MDS GPS Mapping system I was also scanning the official MDS website, Facebook and Instagram feeds for any signs of Spiderman. It turned out he was pretty popular and considering there were about 1,000 athletes he regularly popped up in videos and photos.

I made the following video from his 37km Stage 1 appearances:

His 30km Stage 2 finish was in a sand storm (no sound on video):

We missed his 35km Stage 3 finish when the MDS webcam turned into a black screen for 10 minutes around the time he finished.

His ending of the 86km Stage 4 was pretty special so I made the following video and added music:

The ending video for his 42km Stage 5 was not so good as there were too many things in front of the webcam.

The 8km Stage 6 was the final stage and, amazingly, after covering 231km during the week, he still found a little extra for the finish line:

So that was my 2022 Marathon des Sables experience. Rather than being in the desert running in 45C heat I had a quiet week at home on my PC adding music to Chris’s various antics as Spiderman. Different.

While researching this article I came across a few mentions of Spiderman Chris’s exploits on the internet: