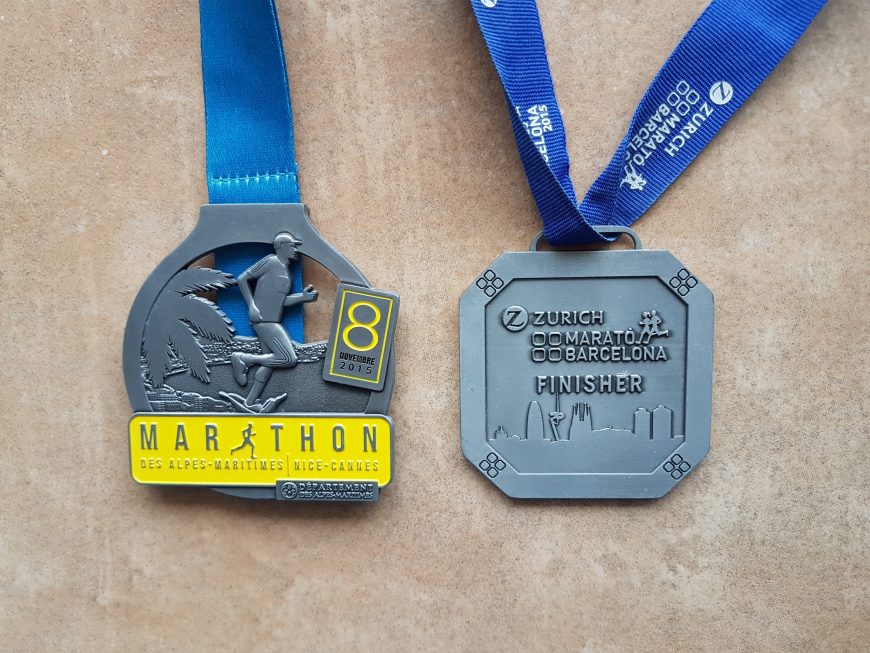 Unfortunately 2014 ended with a massive problem in my neck which went on to really compromise my 2015 sport. I could not even swim or bike due to neck pain. We had already booked the Barcelona Marathon (42km) and, due to all the costs, I had promised we would go even if I could not run.

I did absolutely no sport this year until we arrived in Barcelona. Having signed in, for the free back pack, I did a tentative 10km jog. Everything seemed OK so I started the marathon planning to jog at a really slow pace. I took with me a metro card in case I need to stop and take the underground back to base. Well it went OK and I finished in a reasonable 4h34 much to my surprise.

Throughout the year I still had neck problems so only did the occasional jogging. After the Barcelona experience I had no worries about running my 8th Nice to Cannes marathon (42km).

And that was it for sport in 2015. In December I had an operation to try fix my neck.