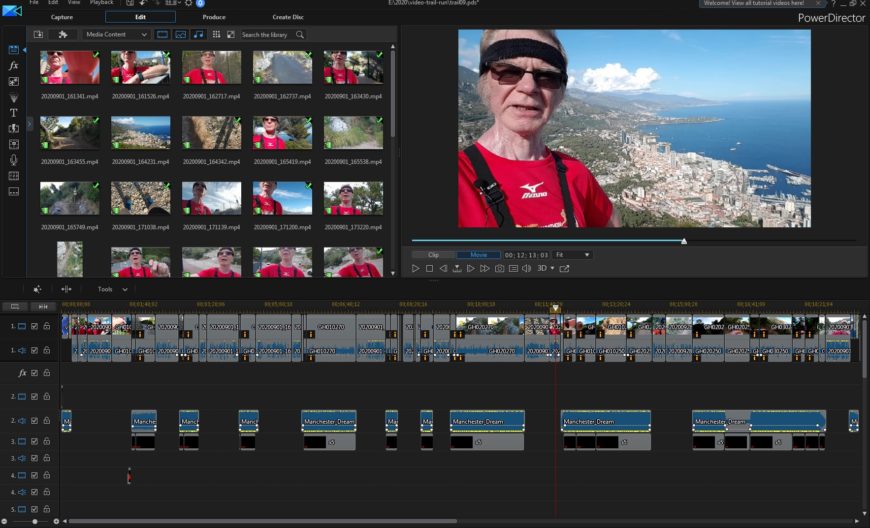 Recently (during Covid 2020) I have been spending way too much time watching YouTube videos. Somehow this inspired me to try to make a “talk to the camera” style of movie rather than my usual “music video” style. Now I just have to decide on the subject.

At the start of the year I had bought a GoPro Max camera for our Western Sahara expedition. This would be ideal for Trail Running as it had the latest stabilisation software. A while ago, my son, Chris, had bought me a GoPro Chest Harness which I could strap it on with. To record the talking I used my Samsung S7 phone with an external microphone.

My plan was to film the entire 70 minute trail, play it in high speed and cut in blocks of me explaining to the camera anything of interest.

The first filming went a bit wrong when a whole section did not record so I ended up back on the trail a few weeks later to fill in. I planned what to say while I was jogging, then at each stop I recorded enough to edit into some sense later. The speeding up was a bit of a trick as I quickly found out that some sections at x10 are totally incomprehensible. I settled on a combination of x5 and x10 with a short section at x1 just so you can see what real time looks like.

It ended up at almost 20 minutes which is a bit long, but I do honestly think/hope when you start watching it the time will just fly by. Hope you enjoy watching it as much as I enjoyed making it. I have a few more planned.