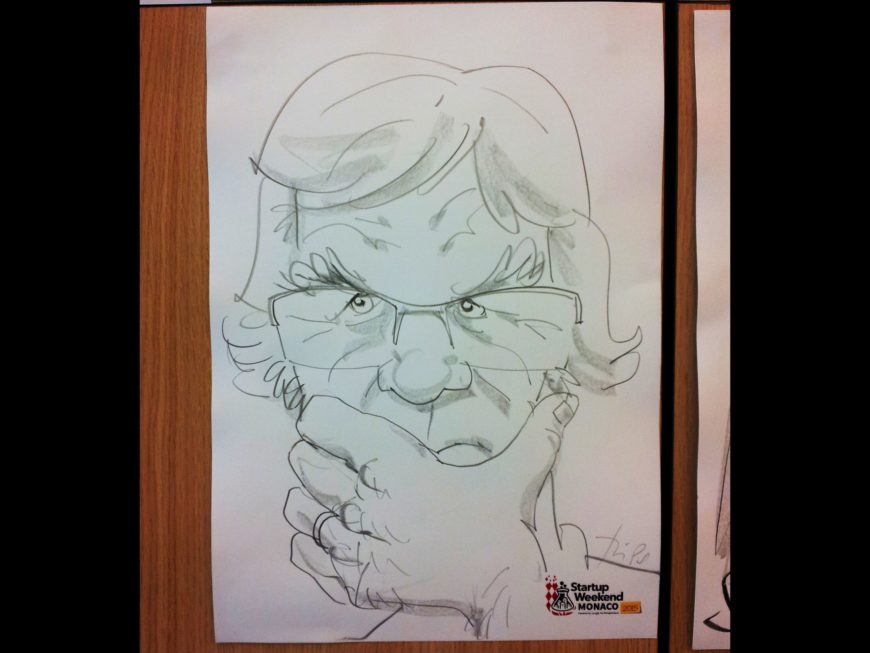 This is a story from 2014 and 15 about my times at the JCE’s StartUp Weekend Monte-Carlo and the beginning of Terre de Monaco. Written in 2020 during yet another Covid Lockdown.

Back in 2014 when I was on the verge of retiring the Jeune Chambre Economique of Monaco took on a thing called Start Up Weekend. Having had my own super successful Start Up before Start Ups were a thing I was intrigued so I signed up.

The Startup Weekend is an American concept founded in 2007 to encourage the fast development and prototyping of business ideas in a competition environment. The 2014 weekend started on a Friday evening with all participants gathering in a conference room at the Novotel Monte-Carlo. I seem to remember about 200 people being present.

First up was a presentation of the programme and an introduction to the organisers, mentors and judges. With that out of the way a queue rapidly formed of all the people with business ideas to pitch. I guess there were about 50 pitches. From these presentations a poll was conducted amongst all the participants to decide which 11 pitches should go to the next stage.

This is the fun part for all of us who didn’t pitch. We now have to decide which, if any, of the pitches we would like to join in with. In 2014 I was not very impressed with any of the ideas so I went home!

I was back again in 2015 having now fully retired and hungry for something useful to do. Amongst all the high tech web enabled pitches I was impressed by the simple concept proposed by ex model and athlete, Jessica Sbaraglia. Her idea was to grow vegetables in unused spaces in Monaco, sort of urban farming. My wife, who grows tomatoes on our terrace, would be super impressed. So I signed up on her team without having a clue about how I could help. My software development, game engine and networking skills didn’t really seem appropriate.

By about 10pm on Friday all the pitches have 5 or 6 people teams in little huddles around the room. Time to work. Strangle enough a local artist was wandering around making fun sketches of us – thus the drawing of me below. . . .

From what I remember the other people in our group seemed to be marketing, designer and accountant types and about half my age. Still no idea how I was going to help.

Eventually I drifted into the media area of the project. My job was to take photos of possible areas in Monaco that were ripe for cultivation and to make a short animation of the concept. I think our meeting broke up just before midnight.

Over the next day and a half I toured Monaco taking photos of roofs.

Late on the Sunday afternoon all the teams presented their business projections to the judges and the prizes are assigned.

We didn’t win, in fact we were not in the top 3 at all. The winners were a multi-lingual mobile phone based restaurant menu and a couple of web sites.

The local Monaco Info TV channel featured the event in one of their reports. Click here to see the video. If you look really closely I am at the back on the far right of the opening shot (just below the Post It notes . . . .).

Now to be totally honest, I didn’t really see Jessica’s idea as a serious business. I had spent the last 30 years building, buying and selling stuff and often living on the edge of our finances. Selling local vegetables in competition to supermarkets etc did not seem to be a formula for success. I knew that it was not a conventional business though. It was very green, literally, and a real pointer to the way things should be. Jessica was very passionate about her idea and was very well connected. Making a success of the project was much more important than just making money.

A short while after Startup Weekend she created the business for real as Terre de Monaco. She did invite me to become involved but I declined as, at that time, I was not ready to commit to another business.

It’s now five years later and Terre de Monaco has gone from strength to strength with over 1600 square metres of cultivation in Monaco and feet in education and consulting. I’m not sure if any of the other proposals from 2015 have done so well. Bravo Jessica, glad I helped a tiny bit.